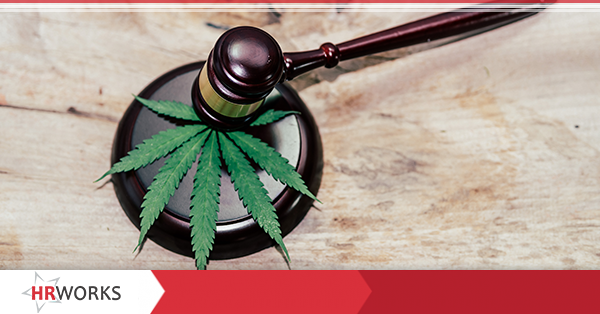 On March 31, Governor Andrew Cuomo signed legislation legalizing the recreational use of marijuana for adults ages 21 and older. With the passage of the new law, New York joins 15 other states and the District of Columbia in legalizing recreational cannabis.

Under the new law, employers may continue to enact and enforce policies prohibiting marijuana in the workplace. However, the law adds legal use of cannabis outside of work hours and off the employer’s premises to the list of off duty conduct under Section 201-d of the labor code and affirms cannabis use cannot be the basis for discrimination in hiring and other employment decisions. In other words, while an employer is free to prohibit employees from using cannabis products on the job or working while under its influence, it may not decline to hire or fire an individual for the mere fact that the individual sometimes uses legal cannabis products at home.

Employers retain the ability to take adverse action against an employee who is impaired using cannabis, meaning that the employee displays specific symptoms that interfere with work duties or threaten workplace safety. Employers may also take adverse action based on an individual’s cannabis use if required to do so by a state or federal law or if failing to do so would result in the loss of a federal contract or federal funding.

Additionally, the law expands eligibility for medical marijuana and provides that individuals with previous marijuana convictions for conduct that is now legal will have their records automatically expunged which is a provision with implications for employers’ pre-employment screening procedures.

Most sections of the New York recreational marijuana law take effect immediately, including the legalization provisions. However, cannabis sales will not begin until the Cannabis Control Board is formed, and state officials draft regulations that will control the market (including how the Office of Cannabis Management would award licenses and assess taxes). Based on this, state lawmakers are estimating it could take up to two years for cannabis sales to begin.

New York City (NYC) employers should also note that NYC prohibits employers from administering pre-employment drug tests for marijuana, but the law has exceptions for safety-sensitive positions and jobs that require drug testing under federal and state law.

It is recommended that employers consult with their legal counsel to understand their obligations under state law, particularly as they relate to the implementation of existing or modified substance abuse policies in the workplace.