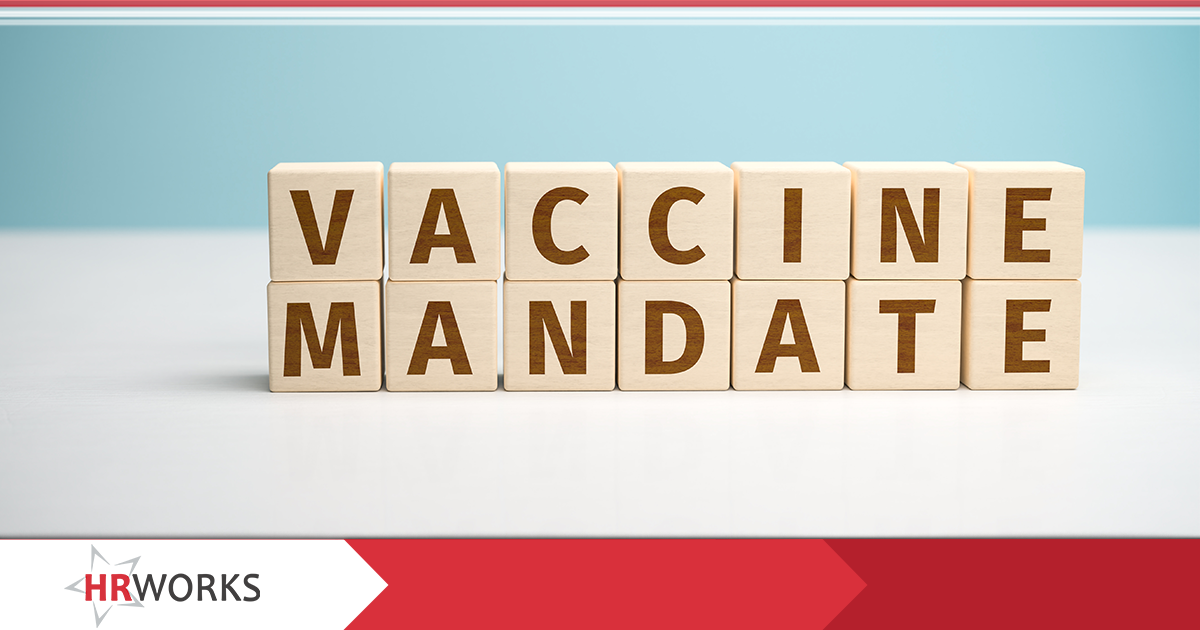 A nationwide temporary injunction was put in place on the Centers for Medicare & Medicaid Services (CMS) vaccine mandate based on a lawsuit filed with the Fifth Circuit Court in Louisiana by 14 states (Arizona, Alabama, Georgia, Idaho, Indiana, Kentucky, Louisiana, Mississippi, Montana, Ohio, Oklahoma, South Carolina, Utah, and West Virginia). Also, recall that the first lawsuit filed against the mandate was in the Eighth Circuit Court in Missouri for 10 states (Alaska, Arkansas, Iowa, Kansas, Missouri, New Hampshire, Nebraska, North Dakota, South Dakota, and Wyoming) and that ruling granted a preliminary injunction to these 10 states.

The mandate requires that employees and other staff employed at Medicare and Medicaid certified providers and suppliers be fully vaccinated against COVID-19 by January 4, 2022. You may refer back to this blog post from HR Works which discusses the mandate in greater detail, including which facilities/suppliers and employees and staff are covered by the mandate.

What is the Current State of the Mandate?

CMS has stated its intent to implement and enforce its rule in the 25 states that are not currently parties to litigation where an injunction is in place. Specifically, the agency has stated, “In the other 25 states, the District of Columbia, and the territories, as an exercise of enforcement discretion, the rule will be implemented and enforced on the following modified timeline: the deadline for Phase 1 implementation is January 27, 2022, and the deadline for Phase 2 implementation is February 28, 2022”. Meaning that covered entities will need to have a policy in place and have obtained the vaccination status of their employees and other staff by January 27 and that unvaccinated employees will need to be fully vaccinated by February 28.

Further, the agency has filed its own emergency appeal application to the U.S. Supreme Court requesting a stay of the injunction pending further appeal and potentially Supreme Court review. The Supreme Court heard oral arguments on the mandate on January 7, 2022, to determine whether a stay of the narrowed injunction will be upheld by the Fifth Circuit and Eighth Circuits. At the time of this post, a ruling has not yet been issued.

While the preliminary injunction is in place, covered facilities and suppliers in the 24 aforementioned states are not required to comply, but employers in these states will want to weigh whether to continue to prepare for compliance if the injunction is lifted by an appeal or whether to take a wait and see approach.

For facilities and suppliers who are not in a state where an injunction remains in place, it is currently necessary to comply, and these employers should update their existing vaccination policies and/or develop and implement a policy and ensure that they have obtained the vaccination status of their employees and other staff by January 27, 2022. Employers should also review and/or update their reasonable accommodation procedures and corresponding request forms and ensure the process for requesting an exemption or deferral is clearly communicated to employees and other staff.

Also, recall that the IFR’s preamble states that the IFR preempts any state or local laws, so employers in states or localities where federal law cannot be reconciled with state or local vaccine mandates should consult with their legal counsel for additional guidance.