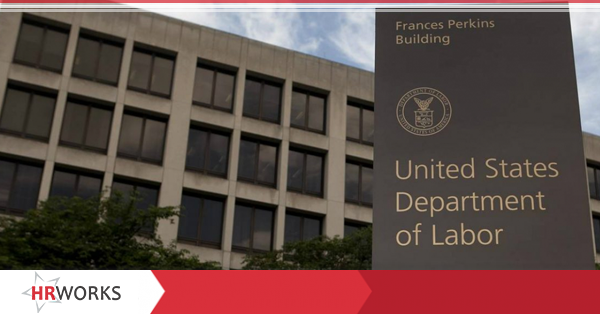 On July 29, 2021, the U.S. Department of Labor (DOL) announced that it is withdrawing the entirety of its 2020 Joint Employer Determination Rule (Rule). The original effective date of the Rule’s withdrawal was to be September 28, 2021; however, the date was then extended to October 5, 2021. The extension of the withdrawal date gave employers a very small window of additional time to ensure that that their wage and hour practices complied with pre-2020 interpretations.

What is Joint Employment?

Under the Fair Labor Standards Act (FLSA), when two businesses are considered “joint employers,” they share the responsibility for their employees’ wages, as well as joint employer liability under the FLSA.

Joint employment situations arise when two or more organizations share the control and supervision of one or more employees. Joint employers are equally and individually responsible for compliance with labor and employment laws.

The DOL makes joint employment determinations to prevent scenarios where one employer uses another as a “shield” to avoid compliance with the FLSA, OSH Act and other labor laws.

How Did We Get Here?

Horizontal joint employment may arise where potential joint employers are “sufficiently associated or related with respect to the employee,” and “vertical joint employment” may arise when an employee works for one company, but another individual or entity simultaneously benefits from that work, such as individuals hired by staffing agencies or subcontractors that are economically dependent on another employer.

The 2016 guidance was withdrawn in 2017, after the Trump administration took office. The 2016 guidance was replaced with a March 2020 Rule which made it less likely that employers would be considered joint employers by focusing heavily on the control exercised over employees versus the economic realities. The Rule was thought to promote more uniformity and certainty around what constitutes joint employment by establishing a four-part balancing test to examine whether a joint employment relationship exists. The test considered whether both employers maintained the right to:

However, in September 2020, a federal district court (Southern District of New York) struck down parts of the the new Rule related to “vertical joint employment”. The district court judge found that the new test was inconsistent with the FLSA and failed to justify or account for its costs to workers, in that it (1) deviated from prior guidance without explaining why and (2) unlawfully limited test factors by focusing on a control-based test to the exclusion of economic dependence and overlooking the totality-of-the-circumstances economic realities standard that has generally been used by the courts. The court did however leave intact the Rule’s guidance for determining “horizontal joint employment”.

As a result of the September 2020 court ruling, in March of 2021, a proposal to formally withdraw the Rule was put in place as it was decided that the Rule deviated from longstanding agency interpretations and various court rulings. The DOL stated that the Rule requires using a test that is “unduly narrow” and that withdrawing it would “improve well-being and economic security” by providing stronger protections for workers. In making this decision, the DOL also considered that, in 2020, 17 states and the District of Columbia filed a lawsuit challenging the validity of the Rule.

On July 29, 2021, the Biden Administration DOL, announced a Final Rule to withdraw the March 2020 Rule, which was set to occur on September 28. This bring us to the present, with the Rule now withdrawn effective October 5 to comply with administrative requirements under the Congressional Review Act, which prevents regulations from being repealed fewer than 60 days after agencies submit reports to Congress.

Now that the 2020 Rule is withdrawn in its entirety, there is room for previous joint employment determination guidance to apply. Employers should pay careful attention to this because the DOL is not proposing new guidance to replace the March 2020 Rule, thus leaving employers less certainty as to how to assess whether a joint employment relationship exists. While new guidance is not being issued at present, the DOL has indicated that they would continue to consider issues relating to joint employment under the FLSA before determining whether guidance is appropriate.

Because employers will be left without the more definitive criteria established by the 2020 Rule, more care will need to be taken to conduct a proper analysis of employment relationships to determine if joint employment exists. Further, employers may need to adjust their pay practices to ensure compliance with the FLSA, in addition to considering how this may have implications for other laws such as the Federal Family and Medical Leave Act (FMLA) and the National Labor Relations Act (NLRA). It is recommended that employers, especially those with possible “vertical joint employment” relationships, consult with their legal counsel for additional guidance and assistance with making a determination.