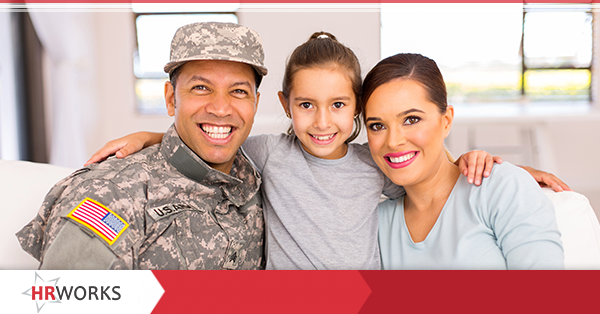 Employees who take off work for military duty may be entitled to paid leave from their employers, according to a February 3, 2021, federal appeals court decision. The case, White v. United Airlines, Inc., was brought by a United Airlines pilot whose short leaves from work for Air Force Reserve duty were unpaid, although United paid pilots for other short-term leaves of absence, such as jury duty and sick leave.

The 7th Circuit Court of Appeals considered language in the Uniformed Services Employee and Reemployment Rights Act (USERRA) requiring that employees on military leave be provided the rights and benefits generally provided to similar employees on other leaves. Finding that “rights and benefits” included paid leave, the court reinstated the case and sent it back to the lower court for further proceedings.

Importantly, the 7th Circuit noted that White, the plaintiff, must now show that any paid leave of absence provided by United is comparable to any given stretch of military leave. Factors to be considered in this analysis, the court said, are the duration and purpose of the leave, as well as the ability of the employee to choose when to take the leave. For example, where an employer offers employees up to three (3) days of paid bereavement leave per year, that employer should consider also offering up three (3) days of paid military leave per year.

It must be noted that USERRA does not mandate paid leave or place a floor or a cap on benefits, but it requires that employees on military leave receive comparable treatment to those on non-military leaves of absence. Considering this ruling, employers should review their military leave policies and evaluate benefits provided to employees during comparable leaves of absence. Risk-averse employers who offer any voluntary paid leave to employees, including for jury duty, bereavement, sick leave or other time off, may wish to discuss with their legal counsel whether it is recommended that they start offering equivalent levels of paid leave to employees on military leave. Such risk-averse practices should particularly be considered for employers operating in the Seventh Circuit.