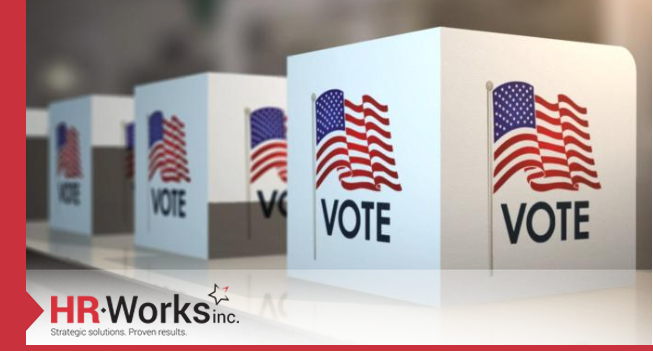 The budget legislation signed by Governor Cuomo on April 3 included an amendment to the Election Law that reverts to the pre-2019 law for employee time off to vote.

In April of 2019, the voting leave law was amended to:

These amendments seemed to require employers to grant employees paid time off to vote even if those employees had ample time to vote outside of their work hours.

While the Presidential primary has been cancelled, New York will hold its congressional and state-level primary on June 23. Due to the ongoing public health issue, the Governor has issued an Executive Order mandating that the NYS Board of Elections automatically mail all registered voters postage-paid applications for an absentee ballot for the upcoming June 23 elections. All New Yorkers will have the option to vote absentee or via in-person polling.