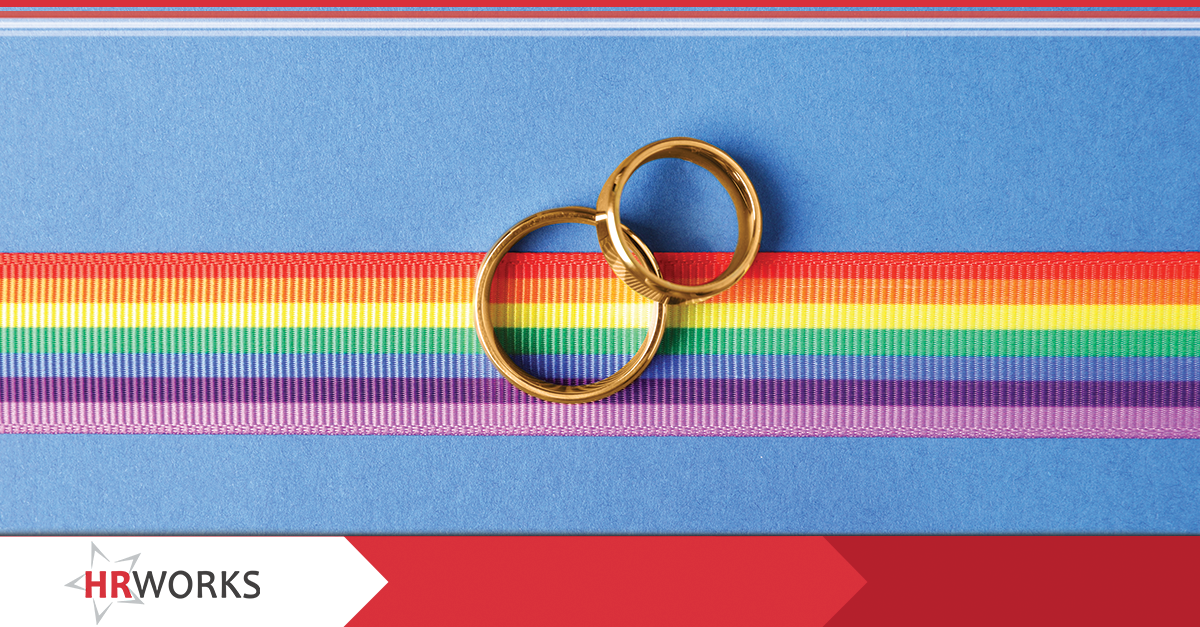 On December 13, 2022, President Biden signed the Respect for Marriage Act into law, expressly protecting LGBTQ+ Americans. The legislation will not require states to grant marriage licenses to same-sex couples, rather it will require states to fully recognize marriages that are legally formed in other states based on sex, race or ethnicity. It also officially repeals the Defense of Marriage Act (DOMA) which was passed into law in 1996 and defined marriage as between one man and one woman. Additionally, the law strengthens protections for interracial couples by codifying supreme court precedent.

The new law provides clarity that same-sex marriages will continue to be afforded the same protections as opposite-sex marriages. Keeping this in mind, employers should continue to ensure that they are consistently treating employees in same-sex or interracial marriages the same as marriages between heterosexual and same race couples. Further, if benefits such as health insurance are offered to married persons, that benefits be offered without respect to the type of marriage.