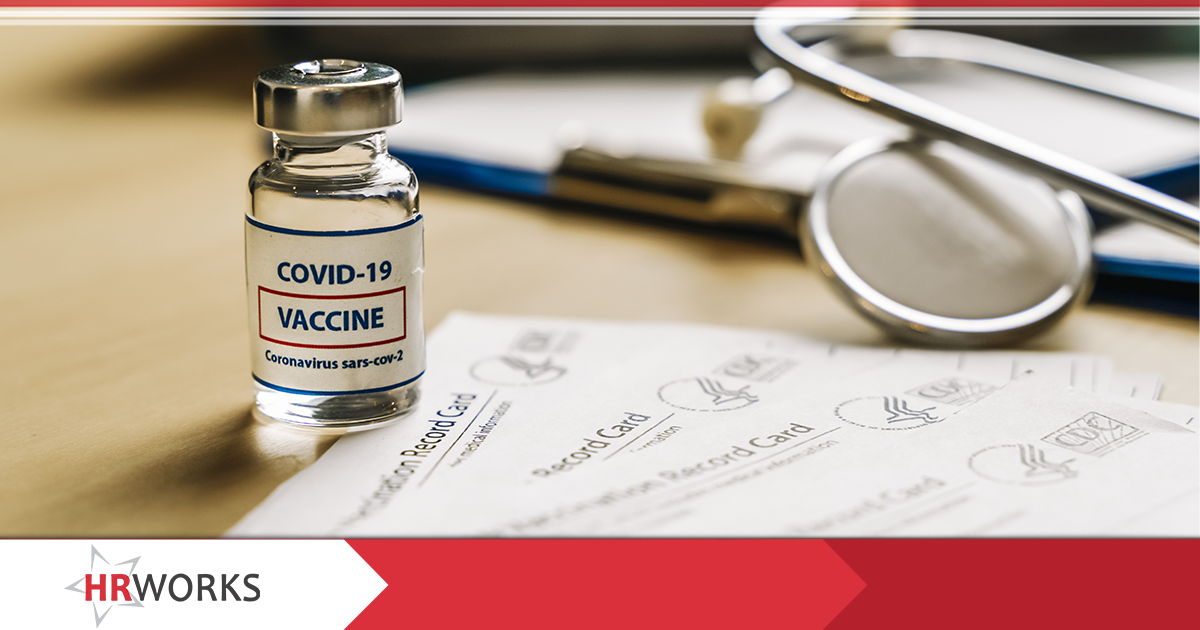 As part of President Biden’s Path Out of the Pandemic Action Plan, the President announced that nursing home staff must be vaccinated against COVID-19 or the facilities employing them could lose federal Medicare and Medicaid funding (see HR Works’ previous report for additional details). On Friday, November 5, 2021, the Centers for Medicare & Medicaid Services (CMS) issued its’ Interim Final Rule (IFR) (Rule) establishing COVID-19 vaccination requirements for staff of Medicare and Medicaid certified providers and suppliers. The IFR went into effect immediately.

What Is the Current Status of the CMS Interim Final Rule?

A total of 22 states have filed two complaints, and each state has joined one or the other of the complaints. The basis of the complaints is whether CMS’s statutory authority allows it to impose a vaccine mandate and whether the implementation of the IFR should have been subject to the Administrative Procedure Act which generally requires a 60-day notice and comment period that permits interested parties to participate in the rulemaking process by submitting written data, views or arguments before a rule is finalized. In addition, the complaints argue that the IFR failed to consider relevant factors in implementing the Rule, such as staff shortages, alternatives to mandates (e.g., testing) and considering an individual’s right to refuse medical treatment, among other contentions.

A lawsuit was filed in the U.S. District Court for the Eastern District of Missouri by 10 states (Alaska, Arkansas, Iowa, Kansas, Missouri, New Hampshire, Nebraska, North Dakota, South Dakota, and Wyoming), citing that Congress did not grant CMS the authority to issue a vaccine mandate, and on November 29, an injunction was granted, to prevent CMS from enforcing the mandate in those 10 states while the case is in court. However, on November 30, a nationwide injunction was issued by the U.S. District Court for the Western District of Louisiana, citing, “that there are unvaccinated healthcare workers in other states who also need protection.”

It is expected that the federal government will challenge the injunction by appealing to the Fifth Circuit Court (which is the same Louisiana court that issued the initial stay of the OSHA Vaccination or Testing ETS). Following that decision, the losing party may appeal to the U.S. Supreme Court.

While the injunction is in place, covered facilities and suppliers are not required to comply, but much like the OSHA ETS, employers will want to weigh whether to continue to prepare for compliance if the injunction is lifted or whether to take a wait and see approach. It is recommended that employers work with their legal counsel to weigh their options and determine their risk tolerance for waiting to comply with the mandate until the case is decided.

Employers with collective bargaining agreements should also consider discussing with their applicable union representatives any potential impact the IFR may have on their represented employees.

Employers in New York should also be mindful of the state’s vaccine requirements for employers in healthcare settings. In addition, employers in other states may also need to adhere to any state specific vaccine mandates for healthcare workers.

HR Works will continue to monitor this topic and provide updates as more information becomes available.